Victoria Beckham, Crystal Hefner, Pamela Anderson, Yolanda Hadid, Melissa Gilbert and Heather Morris. What do these famous women have in common with thousands of other women worldwide? Well, for one thing, they all decided to get breast implants when they were younger. And now all of them have decided to remove what many are referring to as their “toxic bags”.

After their arrival on the cosmetic-surgery market in the 1960s, both silicone and saline breast implants quickly became the most popular plastic surgery procedure for women. According to the American Society of Plastic Surgeons, breast augmentation is still the number one surgical procedure for women, ranking above liposuction, nose reshaping, eyelid surgery and the tummy tuck. The problem, explains Dr Diana Zuckerman, Ph.D. and President of the National Centre for Health Research in the United States, is that surgeons who administer breast implants often minimize the risks associated with this procedure. Consequently, the majority of women don’t realize that a few years after the procedure, they may need to have their implants removed. Additionally, they are unaware that removal costs at least as much as implantation.

This is despite the fact that various official organizations warn that breast implants should not be regarded as lifetime devices. The FDA in the US, for example, explains that the longer you have breast implants, the more likely it will be for you to have them removed. In addition, their list of risks associated with this procedure is extensive and detailed, ranging from chest wall deformity to toxic shock syndrome.

Now, about 50 years after breast implants were first introduced globally, un-tracked numbers of women are complaining of a recognizable pattern of health problems, which they attribute to their implants. Those suffering from these symptoms generally refer to the condition as Breast Implant Illness or BII (although non-medical, this term is widely used). Various social media groups and organizations have been formed by these women, most notably Healing Breast Implant Illness and The Implant Truth Survivors.

Symptoms of this condition – which Dr Zuckerman explains, is a pattern of health problems likely caused by an autoimmune reaction to the implant – include mental confusion, joint pain, hair loss, dry eyes, chronic fatigue, and persistent flu-like symptoms. “In some cases,” she says, “silicone gel is leaking into their bodies and causing the autoimmune reaction. When the gel leaks into organs such as the lungs and liver, it can’t be removed surgically.” 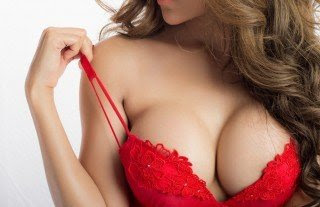 In addition, a lot of women experience what is called capsular contracture. This occurs when the scar tissue around the implant (inside the body) gets tight and hard. This can make the breasts look abnormal and cause chronic pain and hardness.

But aren’t breast implants supposed to be a safe procedure?

“In the context of health and longevity, it is urgent to dispel many current misconceptions about breast augmentation and other implant-based cosmetic surgery procedures,” says Dr Pierre Blais. He is considered to be the world’s foremost expert on breast implants as failed medical devices. He is also a former Canadian Government researcher and Senior Scientific Advisor.

Dr Blais explains that, because implants are designed to be temporary devices, they degrade chemically and wear out, eventually releasing their content.

“The process is silent and insidious, as the released substances are aggressive and some are outright toxic or infective (for saline implants). Thus, with ageing, the implant site undergoes destructive anatomic and biochemical changes – termed necrosis – as tissue dies and solubilized proteins become denatured.”

Moreover, in one of his papers on the topic, Dr Blais determines that implants can injure without undergoing mechanical failure. Studies on long-term implant users indicate that, in the pectoral and intercostal areas, gradual and irreversible deterioration of muscle function takes place. Respiratory problems are widespread among implant users, as are complications affecting major lymphatic ducts and fluid irrigation of the upper chest.

Dr Blais has tested thousands of explanted tissue samples and capsules, finding that they are prone to not only various types of bacteria, but also yeast and mold.

How do implants contract these bacteria?

Although saline-filled implants are presented and regarded as the “safe” option compared to silicon – containing only salt and water – they are rarely hermetically ‘sealed’. Moreover, their filling valves aren’t perfectly secure. As a result, they allow the body fluids of the user to infiltrate, along with bacteria, yeast and molds. After this happens, decaying elements will start building up. When the shell eventually starts leaking into the user’s chest, the contaminated contents is discharged and spread through the body.

Indeed, if given enough time, anyone who has breast implants will start to experience these symptoms. Dr Blais describes this as a form of local, accelerated biochemical ageing. Eventually the site of the implant will start to resemble a large chronic abscess, and secondary corrective surgery will be required in any case.

This is why, he explains, athletes and entertainment professionals who undergo breast augmentation, can expect a drastic decrease in stamina, appearance and comfort during their late career. This is known in medical and paramedical circles and explains why breast implants are sometime called “the time bandits”.

According to an investigation involving a number of different patients done by CBS 5 – who also worked with Dr Blais to determine the validity of this condition – after explant, almost all of the autoimmune symptoms eventually disappear.

Are there any forms of breast implants that are considered safe?

“There are no breast implants on the market that never cause side effects or complications,” says Dr Zuckerman. “In general, breast implants filled with saline are less likely to cause serious injury than those filled with silicone gel, but we know many women who have become ill because of saline implants.”

Often, when a woman chooses to undergo this procedure, she is persuaded by her plastic surgeon (or breast surgeons after mastectomy) that breast implants are safe devices. Although there are thousands of stories of women whose health deteriorated as a result of their implants, the voice a plastic surgeon will more than often outweigh the information. This is because patients tend to hear what they want instead of making a decision based on information from both sides.

“Then, when women experience these complications,” explains Dr Zuckerman, “they are furious at themselves for making a decision based on limited information and furious at their doctors for not warning them of the risks. The women who are most harmed by breast implants are the ones that don’t realize that their health is deteriorating because of their implants, or don’t have $8,000-10,000 to get their implants removed by an experienced explant surgeon.” […]